Protocols written in a text editor can be imported directly into protocols.io.

Labeling Specific Quantities/ Conditions for a Reagent or Step

To add a known entity, such as an amount: 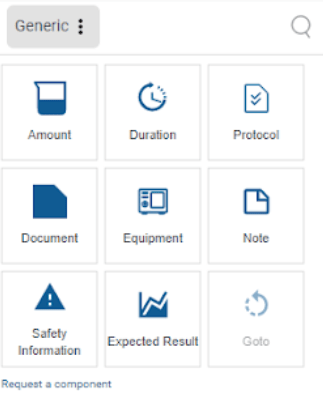 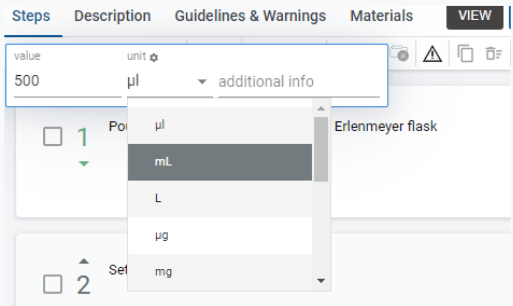 Copying and Forking a Protocol

Protocols.io has a feature that allows someone to essentially copy a protocol, edit it, and release a modified version. This new version credits and links to the original protocol, all while allowing the person to include their modifications and notes in the new version. To fork a protocol: 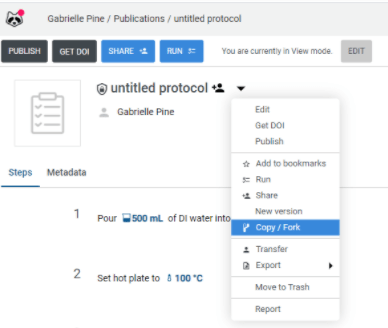 When someone hovers over the title of the new forked protocol, they will see the title and a link to the original protocol.

Sharing a Protocol with the SPARC Group

Option 1: Create your Protocol directly in the SPARC Group. 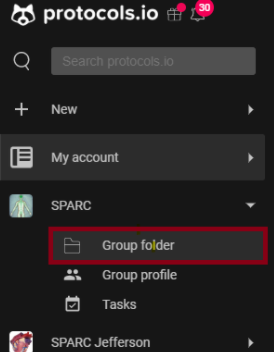 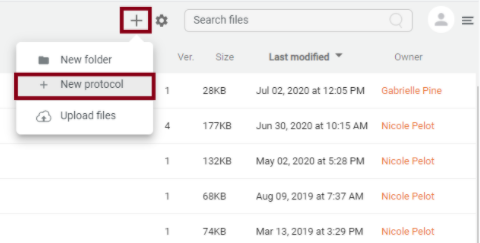 Option 2: Move an Existing Protocol over to the SPARC Group.

Open your files manager by selecting My account. Open My Files on the pop-up sidebar on the left side of the screen. 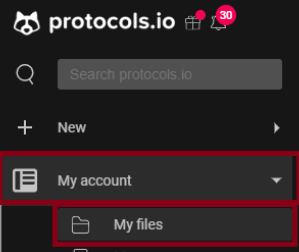 Once you are in your file manager: 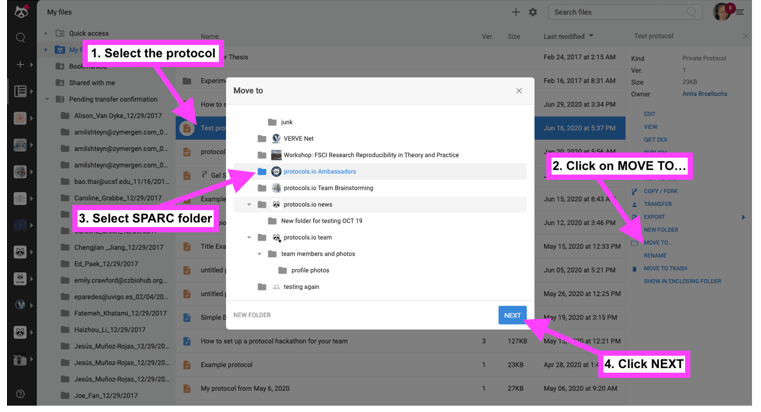 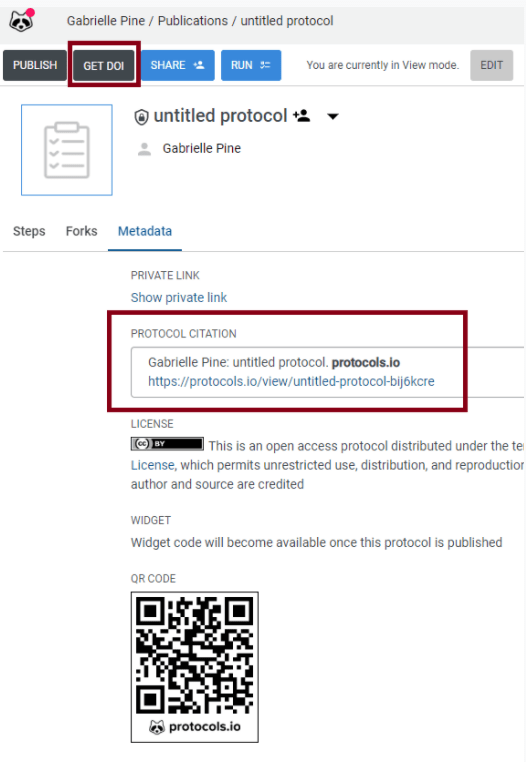 Protocols.io has a function which lets you run the protocol in real-time while allowing you to include notes on each step, scale reagents, and includes features such as a built-in timer during timed steps. 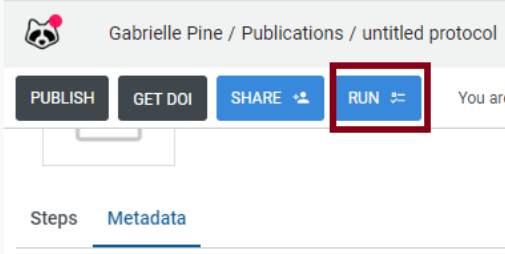